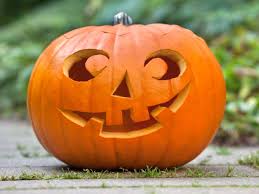 ‘Happy Halloween’ you say? In April?  How strange!  Well, not really….

Are you aware that our current day Halloween celebrations have developed primarily from a pagan Celtic festival that acknowledges summers end? With other influences coming into the mix over the last few thousand years, Halloween has its roots in the ancient Celtic harvest festival known as Samhain (pronounced ‘Sow-in’). For them it was a time of remembering and honouring those who were no longer alive, as the Celts believed the souls who had passed on were set free from the land of the dead on Halloween eve, October 31st.  It was the time of year that the veils between the physical and the spiritual world were thought to be at their thinnest.  Since not all spirits were considered friendly, gifts and treats were left out to pacify the evil and ensure the spirits didn’t destroy next years crops.  Over time, this custom evolved into trick or treating.

‘Samhain’ is said to be Irish -Gaelic for ‘summer’s end’.  Keeping in mind that the seasons are reversed in the Southern Hemisphere – the Celtic festival dates must be adapted to reflect the ceremonial intentions behind each festival.  Therefore we are currently approaching Samhain/Halloween here in the South, as we have transitioned out of our summer cycle. October 31st signifies for us the celebration of Beltane.

The ancient pagan festival of Samhain falls on April 30th in the Southern Hemisphere.  For the people of the past who lived off the land, Samhain marked the end of the harvest and the turn of the season into winter.  Traditionally it was a time to take stock of your grain and herd supply and decide which of your animals to slaughter to help you survive throughout the winter.  Our ancestors knew that if they didn’t prepare properly for the coming months they would not endure the cold.  Death by starvation or illness was a very real threat for these people, whose survival depended on the bounty that nature provided them each season.  Not having the luxury of supermarkets stocked with fresh fruit and vegetables, on every corner, at any time of year, they lived entirely on local crops and at the mercy of the elements.

Honouring those who have passed…

The Celts believed that the link to the ‘Otherworld’ was much thinner at Samhain, so it was an opportune time to reconnect with, honour and let go of those who have died.  Our ancestors sought to protect themselves from any evil spirits by carving faces into vegetables and placing them on windowsills.  This tradition has survived into the present day Halloween celebrations, even if the initial meaning behind this celebration has become somewhat distorted.

Samhain marked the beginning of a New Year to the ancient Celts, representing the beginning of a whole new cycle.  To start the new year fresh, during the day of October 31st the families would extinguish any fires in the home. Often they would undertake a good cleaning to clear out the old and make way for the new.  At sunset on October 31st the villages would light a giant bonfire to offer sacrifices and burn off any negativity, in the hope of welcoming in a good harvest the following year.  When the village celebrations had ended, each family used the flame or embers from the sacred bonfire to light their home fires to help protect the dwelling and its inhabitants during the coming winter.

Samhain is a time for change and a time to look to the future. This festival celebrates nature’s cycle of death and renewal, a time when the Celts acknowledged the beginning and ending of all things in life and nature.  As winter approaches, it offers an opportunity to begin slowing down, turning inward and focusing on yourself and your family.  It is a powerful time to contemplate what you need to release and clear from your life in order to prepare for the next cycle.  It is a time to plant the seeds of new projects, allowing them to germinate over the winter months. It is also considered the time to end old projects and to generally take stock of one’s life.  Samhain allows you to come to terms with your past year and leave all mistakes and regrets behind you, in order to move on.  Use the energy of this time to say good-bye to a bad habit or addiction, an old relationship, or anything else negative in your life – Samhain is the night to leave it all behind.

Simple ways you can celebrate Samhain:

For all the news on workshops and classes, click here.

for info on events, health and wellness
✖ Close the Content Dock